I think that it is pretty safe to say that nobody expects the Minnesota Twins to be close to contending in 2013.  As a matter of fact, a lot of fans and experts would find the new Accuscore predictions that were released today and show the 2013 Twins with a predicted record of 72-90, optimistic.

I usually do not try to predict the way the Twins will finish with an analysis.  The last time I did it was in the aftermath of the Santana trade and before the 2008 season, when the sky was supposedly falling (you can find that analysis in parts:  Part 1, Part 2 and Part 3.)  My quite unorthodox calculations predicted the team to have an 89-73 record, while everyone was predicting a sub .500 record.   That season, as in this season, the major breaking point is Starting Pitching.

When I was asked before Spring Training by Cardinal70.com in their playing pepper series, my prediction (gut feeling) was that the Twins will compile an 86-76 record and will be competitive in 2013.   Additionally, I recently noted the good energy that I saw this team have in Fort Myers, which makes me optimistic for 2013.  Add to this, this excellent analysis by Phil Macky at ESPN 1500 based on individual projected performances that project the Twins to win 80 games in 2013, and it was about time to look at the possibilities formally.

I looked at it in 2 different ways and this post is part one, looking at the possibilities of the new starting rotation.  The second way will be a WAR- and RAR-based analysis that will be presented some time this weekend or so, otherwise this post will be a monster.

I am looking at the following two measures for each starting pitcher in 2012:


Here are the results by pitcher:

It is obvious that the 2013 rotation had many better games in 2012 and would have kept the Twins competitive in most of their games (4 runs or less) than the 2012 rotation.  But how much? 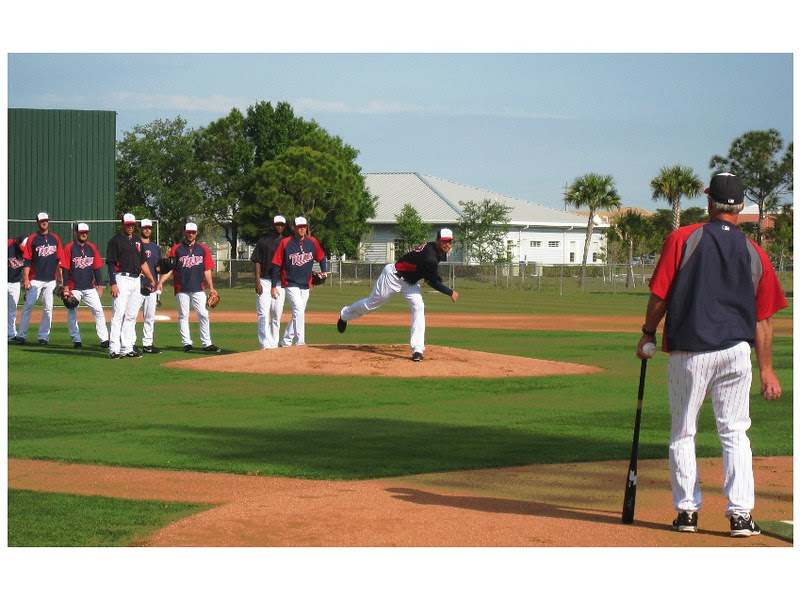 Next: WAR and RAR-based analysis
Posted by thrylos98 at 10:20 AM No comments:

I arrived North a tad too late from Fort Myers last night, so I did not quite had time to compile my last Spring Training report, so here it goes: