Twins GM Terry Ryan gave a long (14 minute) interview to Eric Perkins, KARE 11 Sports director.  The video is here.  He spoke in legth about the 2015 season and what the plans for this off-season are.  Some highlights:


Happy to hear that Ryan did not say that the season was a success, but be disappointed in the final result, and call it not good enough, which has been the sentiment around here, as well...

As far as off-season movements go:

seem to be his priorities.   Unfortunately, not mention about fixing the bullpen, which is the biggest and sorest issue with the 2015 Twins, which was unaddressed during the season.   Hopefully it will be a priority and was just not mentioned in this interview.

medical : an examination of a dead body to find out the cause of death
: a discussion or analysis of something (such as an event) after it has ended
(Thanks to Merriam-Webster)

The Twins' season ended a full two weeks ago, in arguably their only meaningless game this season,  and enough time has past to be able to look at what happened in 2015, without the disappointment of not making it to the post-season, even though they were so close, being front and center.

As far as expectations go, most fans and the press did not expect the Twins to have a winning season in 2015, much less a season competing for a post-season spot.  My point of view was a bit different:  I suggested that the Twins needed to do only 3 things after 2014, to be able to compete in 2015.  It was a pretty bold suggestion by any means, so I did have to qualify it as follows:

At first read, the title of this series sounds very much like A Midsummer Night's Dream: Do I dare suggest that the team that went from 99 to 96 to 96 to 92 losses the past five seasons needs to do only three things to compete?   The next number to that Arithmetic Progression up there is between 88 and 92 and that is not competing by any means.   Let me explain my train of thought here before the nice kind people in white come and get me to warmer climates:  [..] In order to make significant, measurable and effective change, you cannot focus on changing 20 things.  Too many balls in the air, some will drop.  Focusing of few things that you can change and make an effort to do so, is much more effective.

Let's see what were those three things, in reverse order of suggesting, and how the Twins did:

The clubhouse was different in 2015 that in was in 2016, and that was partially because the attitude was different.  Part of it was dismissing Ron Gardenhire and Company.  Back then I  suggested that breaking ties with Gardernhire, Anderson, Ulger and Steinbach (even though they did not go far enough in my opinion, but this is all another matter,) is the equivalent of starting the seasons with (at least) plus five wins.   I think that the results show that this was pretty much correct, if anything, the five wins number might have been on the conservative side.   One cannot help to think what would had happened, had Terry Ryan chosen Paul Molitor instead of Ron Gardenhire to lead the Twins back at the first time in 2002, but that is a whole different story...

Another thing that the Twins did in 2015 to change the attitude was to sign Torii Hunter.  It made no sense from baseball reasons to bring in a 40-year old player with diminished skill to play every day, and potentially block several top prospects.  And that he did.  Trying to justify Hunter's signing, I wrote:  Torii Hunter [..] has had the reputation of playing hard and giving it all.  And keep working.  And then work some more.  Hopefully, he will bring the right attitude to the team of so many young players with so much potential.  Hopefully he will be an example for hard work and never giving up.  And never stop working. It looks like it happened and the Twins are looking to bring him back in 2016 for that reason.  I will not comment on events that have not happened, and this piece is not for 2016, so I refrain judgement.

As far as accomplishing this, the 2015 Twins, hit a bull's eye akin to the one that is outside their ballpark

The 2015 Twins Outfield defense was very bad.  It was bad enough for me to title the piece that was describing the defensive metrics of the 2014 Twins' outfield, Catchers in the Outfield.  My premise back then was that with small changes and improvement of the young players like Aaron Hicks, even though Hunter is a below average outfielder, the Twins could have an average outfield.  My conclusion was this:  So, the total differential is about 36 runs, or 6 wins better than 2014, using this calculation.  This still projects a below average outfield (basically because of Hunter at RF,) just not an outfield as horrible as 2014.  Thus the 36 run differential vs the 57 for an average with that calculation.  Can the outfield get even closer to average?

Actually, the 2015 Twins, exceeded this expectation.  Their outfield was 8 runs above average. How did that happen? Practically replacing Oswaldo Arcia with Eddie Rosario (+10 runs in 2015) more that half of the season, the improvement of Aaron Hicks (-3 in 2014,+2 in 2015) the sporadic play of Byron Buxton (+4), Shane Robinson (+3) was enought to balance Hunter's glove (-8).  Even when the two utility players (Nunez (+1) and Escobar (0)) played the outfield, they did not hurt the Twins, like Gardernhire's catchers.

A second bull's eye for the Twins.

Two out of three might not be bad in Meatloaf's world, but it was in the Twins', since the state of their bullpen, was the major reason they did not make the post-season in 2015.   Looking at several pitching metrics, I concluded that the Twins had only 2 pitchers who were above the proverbial average pitcher in 2014:  Glen Perkins and Tim Stauffer.  The problem was that Stauffer forgot how to pitch starting at Opening Day, and Perkins' effectiveness nose dove after the All-Star break.  Two of my suggestions on how to fix the pen by adding above average relievers was to turn Mike Pelfrey to a reliever (which would had happen, if Ervin Santana was not suspended before he threw a pitch in a Twins' official game, and would had been intriguing to see) and see what Trevor May can do in the pen.  I wrote on May:  Similar discussion with Pelfrey, his 91.9 mph FB average will get to the mid 90s as a reliever, plus he had the second best K% of the group in the majors and a respectable SwStr% (mostly as a starter, and will get better as a reliever.)  And the cherry on top is that we led the 2014 Twins' pen with 2 Ground Balls per Fly Ball and a 57.1% GB%. May projects as an above average reliever.   Spot on, but still was not enough for the Twins.

And here is where the frustration with the Twins' front office comes in 2015.  They know that they are competing, they know that their bullpen is leaking.  At the All Star Break the Twins was 2 games ahead in the second wild card spot, half a game before the Angels for the first wild card spot.  At the trading deadline the fell 2 games behind the Angels and were holding to their lead for the second spot by just a game above Baltimore and Toronto.  Getting Kevin Jepsen, albeit effective was the only positive move that Ryan made in the deadline.  At that point, the Twins had only Jepsen and May as above average pitchers.  Thirty five year old Neal Cotts and his 5.99 FIP were just dumpster diving as usual.  To quote Meatloaf again, there ain't no Coup de Ville hiding at the bottom of a Cracker Jack box, and the Twins' general manager should know that by now... And the came so close.  Hopefully for 2016, close will not be enough, but that is a story to be told later.

So Two out of Three were bad...

My overall expectation for the 2015 season after I saw the 2015 Twins play in Spring Training was positive.  I wrote: I did get some 1987-like excitement there, like this might be a magic year (like that one.)  But I think that they are one year away.  So my prediction for 2015 is that the Twins will have the same record as their Pythagorean in 1987: 79-83.  But, yes, this year feels a lot like 1987, and you never know what is going to happen...

So the story of the 2015 Minnesota Twins goes: it came so close to happen.  Maybe they are indeed just one year away... 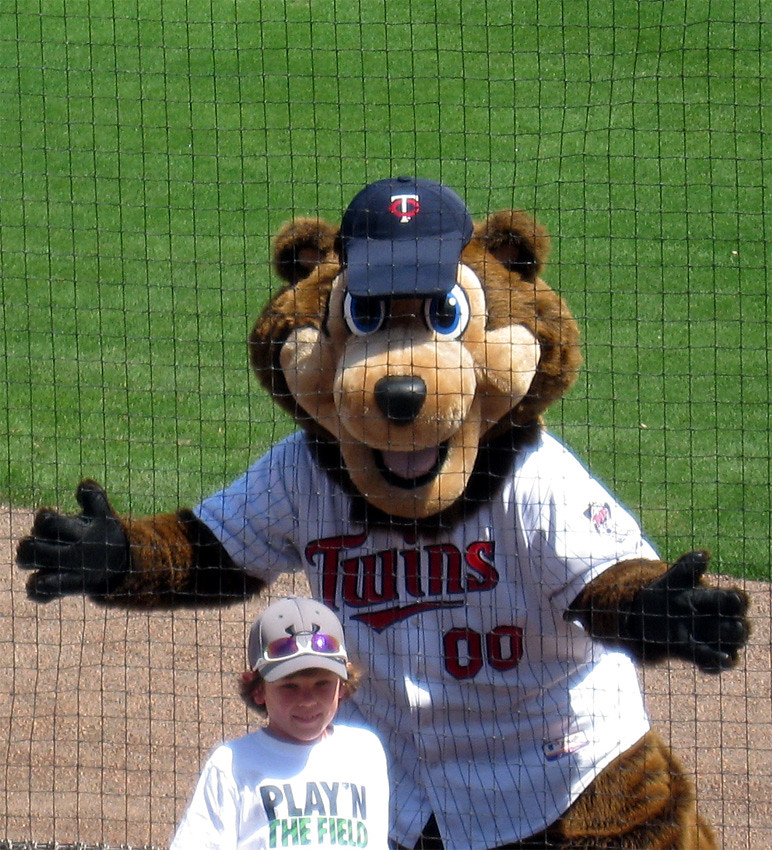