Every new season there are a lot of old faces who are not any longer with a team and a lot of new faces who are replacing them. Usually a new player is assigned one of the departed players' uniform numbers. Here are the matches between the old and the new uniform numbers. Three of them are unassigned and Chris Parmelee switched his number from 2011. Joel Zumaya and Darin Mastoianni have not been formally assigned numbers yet.

The Tampa Bays Rays have announced that they will give away The Don Zimmer Bear, a bear with the face of Don Zimmer. The mania of putting a chubby manager's face of a teddy bear and giving it away to kids in the ballpark has been virally spreading across the league.

The Twins today announced that they will join in the mania give away a Gardy Bear to the first 5,000 children on Friday April 13, when the Twins play against the Rangers at Target field.

We have secured an exclusive picture of the Gardy Bear: 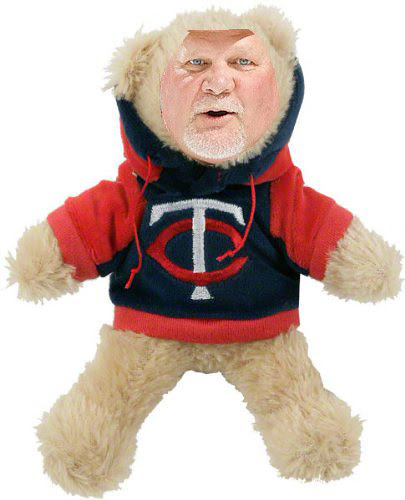 What will Roy Oswalt announce today

This off-season I have been following the Roy Oswalt saga closely, since I was informed that he and the Twins have been having conversations.

Today, according to his agent, the pitcher will make an announcement. What will this announcement be?

I do not have any sources about this, but based on the movement around the league, I think that Roy Oswalt will announce that will take some time off baseball. Temporary retirement.

We will see whether I am correct shortly
Posted by thrylos98 at 9:14 AM 2 comments:

Here is this week's installment (The spring training edition) :

The parting shot today is an aerial view (via google maps) of the Twins' Spring Training Complex Headquarters at Fort Myers, where the action is happening right now. 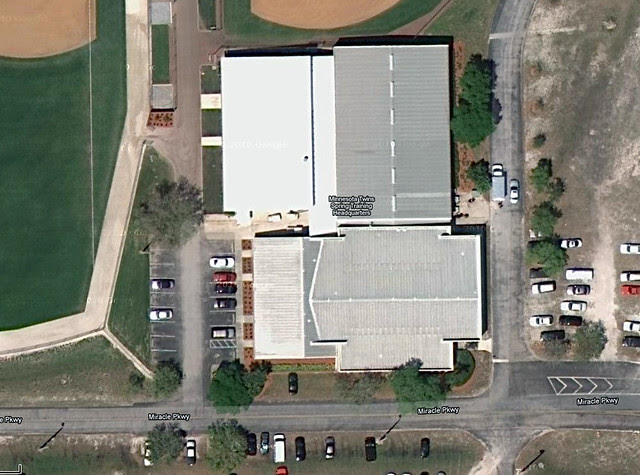 The Twins today announced that they will open the Spring Training play with a "B" game on March 1st at Hammond Stadium. This is 2 days before the March 3rd opening game against the Tampa Bay Rays. Their opponent in the B game on March 1st is the cross-town Boston Red Sox, who like the Twins have more than 30 pitchers in camp and need time to evaluate them. The game starts at 1PM ET.

"B" games are free to attend, but there are no concessions or amenities.
Posted by thrylos98 at 5:40 PM No comments: