Looks like the Twins had only one awful pitcher and 13 at average or above in 2014, according to this new data.

A great article was written today by  Jonathan Judge and published at The Hardball Times, called FIP in Context, introducing an new metric, called cFIP, or contest-adjusted FIP that attempts to "estimate the pitcher’s true pitching talent during a particular season".  Always interested in new pitching metrics development, and not only because I have partaken myself in the endeavor. this is an interesting one, albeit much more complex than PE and xPE.  It also correlates well with SIERA, which along with xPE (because it is easy to calculate) are my 2 favorite predictive metrics regarding pitching performance.

I will not steal Jonathan's thunder, please read that excellent article, but I will present his framework and then present his work regarding the Twins' pitchers (he calculated cFIPs for every pitcher in the league the past 4 years, including Jamie Carroll.)  The cFIP scale is normalized to 100 for average, just like OPS+ and ERA+, but it is a minus scale, meaning that less is better, like ERA and FIP and SIERA and all similar metrics.   Should have been called cFIP-, but that is a different story.  So 100 is average and less is better.  Jonathan Judge has the following buckets of pitchers, according their cFIP:

Let's put the 2014 Minnesota Twins' pitching staff in those buckets.  For reference, players that are not still with the team are in (parenthesis).  I am also including the 2015 cFIP numbers of the newcomers this off-season.  They have an asterisk behind their names, that would have made Barry Bonds jealous:


Big issue in the big picture here:   The Twins had a whole staff worth (13) pitchers who were average and above, yet they managed to be almost at the bottom of the league in pitching.  Those things seem pretty conflicting.

Let's dig deeper and check out the 2013 Twins' cFIP buckets that Jonathan Judge calculated.  For reference purposes, players who left after 2013 are in parenthesis and I added Ricky Nolasco (with an asterisk) as well

This is some really interesting data.  Here is what I see:

I am starting to really like this metric...  So (and this is really hard for me to say) the Front Office did some improvements for 2014, that actually seem to be supported by real data, but the pitching tanked compared to 2013.  Why?

I'd love to hear your theories after this, and this is what I am thinking:

This actually makes me more hopeful, because it seems like the Twins are doing an effort to address some things.  So, what do you say? 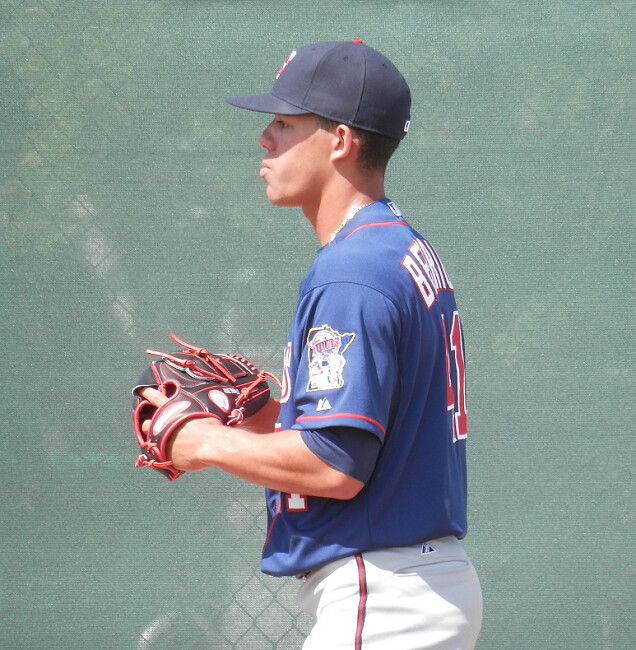