Here is this week's installment:
The parting shot today is of one of the greater guys in the Twins' minors, LHP Tyler Robertston who will make his MLB debut for the Twins one of these days, after he was recalled from AAA Rochester Red Wingsyesterday to replace Matt Capps on the 25-man roster. He was the Twins' 3rd round pick in the 2006 draft. Chris Parmelee (1st round) and Joe Benson (2nd round) are the other players the Twins drafted in 2006 from High School, signed, and made it to the MLB with the Twins. Brian Dinkelman (8th), Jeff Manship (14th), Danny Valencia (19th) and Anthony Slama (29th) were also drafted by the Twins in 2006 and made it to the majors with the Twins but they were drafted out of college. A little known fact is that Tyler's dad, Jay Robertson, was also a professional pitcher in the Jays' organization in the late 70s, but never made it to the show. He was also a Twins' scout for a moon. I bet he is a proud dad these days. Robertson is wearing uniform number 64, last worn by Chris Parmelee last season and previously by September call up coaches Bill Springman in 2000 and Eric Rasmussen in 2009. 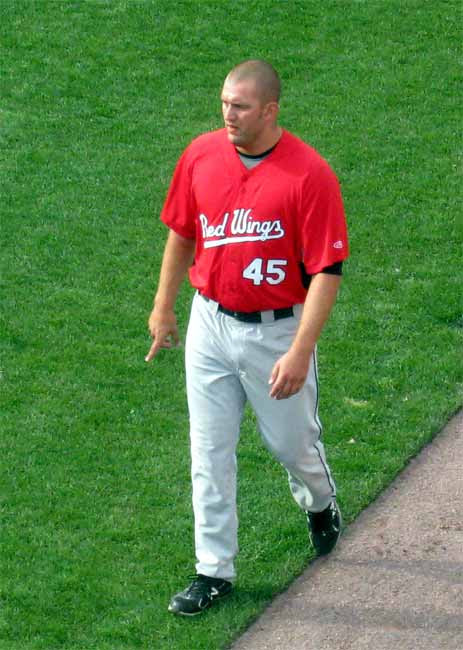