Here is this week's installment:
The parting shot today is of Lester Oliveros, the newest member of the Twins. He did not last long with the big club, after he was optioned to make room for Liam Hendriks, but he will be up again shortly. 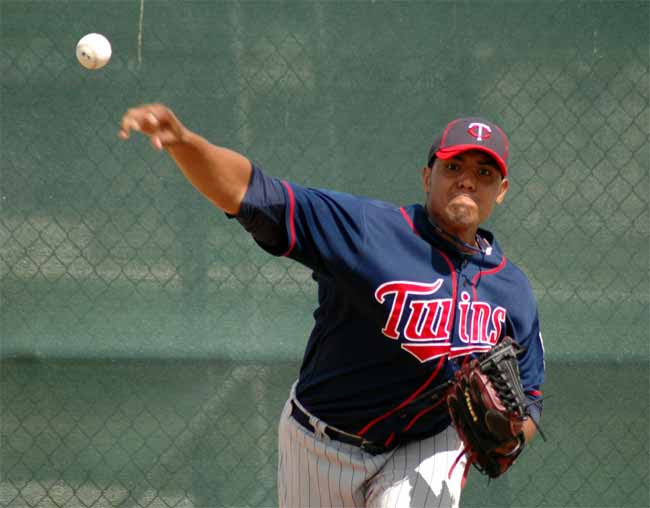