Terry Ryan Quickly Signs a Catcher for the Twins

The Twins have announced that they have signed Independent Canadian-American Association League MVP Joe Maloney.  The 25 year old righty Catcher/Outfielder hit .337/.432/.559  with 14 HRs, 106 Ks and 57 BBs in 433 PAs.   Maloney, a Chester, PA (suburban Philadelphia) native, was drafted by the Rangers in the 10th Round of the 2011 draft from Limestone College.  His last affiliate baseball season was 2013 when he hit .210/.265/.374 between A and high A.  Maloney caught only 17% of base stealers and allowed 7 passed balls in 34 games as a Catcher this season.  He played mostly in the Outfield and while in the Texas organization, he was almost exclusively a First Baseman.

This is a "depth signing".  As a reminder, Terry Ryan, in his second iteration as a General Manager, has a habit of collecting Independent League MVPs and Maloneys.   The Last Maloney did not work that well for the Twins; hope Terry's latest "value signing" will fare better, but while that could have been the way to go in 2012, dumpster diving is not the way to open the Twins' off-season in 2015, a year that they played meaningful games in September... 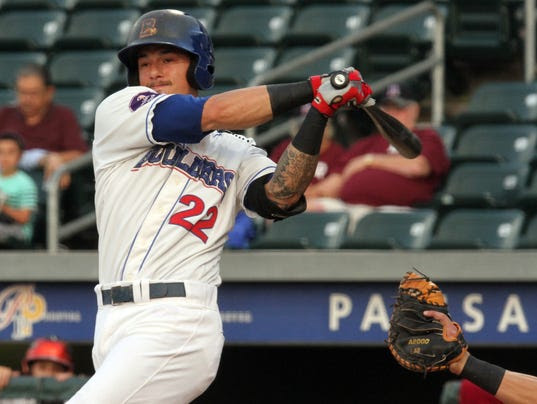