The newly signed by the Minnesota Twins, Rich Harden has been 10 times on the disabled list in his career and has been day to day in the majors, injured in the minors or in the training camp 14 more times, for a total of 758 days lost.  His major issues has been with his right shoulder (italicized and underlined below), which have occurred annually and until last off-season, been treated with "rest and rehab".  Some of them were severe, some of them were described as "fatigue" or "soreness".  Hopefully the shoulder surgery will help him overcome those issues.  In addition he has had a UCL Sprain that has not been treated surgically in 2006, but also with "rest and rehab".  Maybe his shoulder gave up the following years before his elbow, but his elbow will be something to watch as well (Potentially Similar situation with Joel Zumaya who came in the Twins' camp last season and blew his UCL)   Note: His Labrum Surgery in 2005 was on his left shoulder, to correct an issue that happen after a collision while covering first base in 2004.  The other issues were in his right, throwing shoulder.  His shoulder issues were reported first in 2004 when he arrived in the MLB camp, but it is hard to know his MiLB medical history...

On the other hand, a broken down Rich Harden is still a very effective pitcher, which makes me really hopeful if the surgery cleared his practically chronic elbow issue.

Here is a complete list of his injuries, chronologically:

Right Rotator Cuff capsule surgery 1/31/2012; out for the season 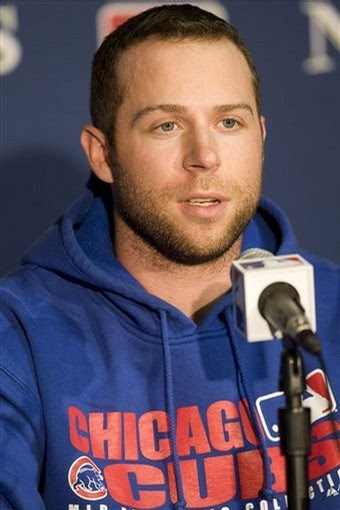 This is what the Twins are getting in Rich Harden

Thoughts about the Pelfrey signing by the Minnesota Twins

Ryan did ok with this singing, but there are other issues, namely the fact that it increases the already horrid logjam of starting pitchers in the 3 higher levels of the organization by another body.

If Ryan had not re-signed the likes of PJ Walters, Sairon Martis and Luis Perdomo and singed the likes of Kevin Correia, Scott Elarton, Jason Lane and Virgil Vasquez (add Nick Blackburn, Sam Deduno and Cole De Vries and now you have AAA-level pitchers to fill 2 teams' rotations), I would have loved the signing of Mike Pelfrey.

Pelfrey is 6'7" and came out of college with a plus plus fastball that topped at 97 mph with a lot of movement, an above average change up and a borderline average-above average curveball with hard movement but command issues.   Pelfrey in typical Mets' fashion was rushed in his first professional season (2006) and moved from high A all the way to the majors with short stops in AA and AAA.  He started 4 games in the majors in 2006.   In the 2006 post-season he was ranked the #38th best prospect in Baseball by Baseball America.  In 2007 he spent part of the season in AA and AAA before moving up to the Mets for good as a 23 year old with less than a year of professional baseball and only one good (actually great) pitch under his belt.

At next spring training Rick Peterson asked him to stop using the curveball and start learning a slider.  2 spring trainings later, Mets' next pitching coach, Dan Warthen, made him junk the slider, rethrow the curve and learn a splitter.  So there has been a lot of trial and error in the quest for a secondary offering.  I suspect that Bobby Cuellar will do wonders working with his change up.

A couple of encouraging numbers:  His career FIP is 4.20 (and relatively dropping each season), his BABIP is >.300 and his %K has been increasing every season.  All that with one (and a half pitch).   I think that with a bit of coaching and the development of at least another plus pitch, he will be a solid middle of the rotation starter, unlike Kevin Correia.

A few interesting tidbits about Mike:

All in all a good move in my book, but lots of pitchers need to be cut in spring training. 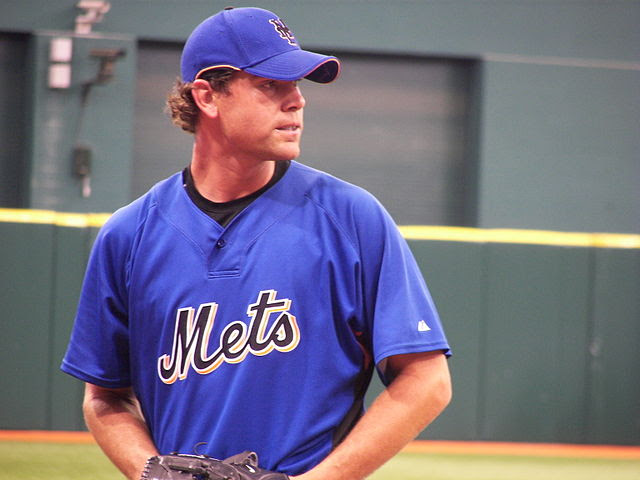