From Achter to Zarzuela: the 48 Twins players eligible for the Rule 5 draft

This week the Twins have added several players to their 40 man roster to protect them from the major league portion of the Rule 5 draft.

The rules of eligibility are fairly convoluted and gets really complicated with the AAA and AA portion of the draft.  A primer of the Rule 5 can be found here.

Here is the list (which is subject to change based on minor league signings before the draft) :

Edit 1:  (Thanks Seth!) :  Jhonatan Arias was released late last season, Caleb Brewer retired, and Angel Morales is not re-signed, so the list gets trimmed to 45

Edit 2: After this was posted the Twins announced that they have released  Andy Leer, Rory Rhodes and  Kelvin Ortiz, further trimming the list to 42.  They also released Rick Schwarz who was not eligible for the Rule 5 draft

The current Twins' 40-man roster is here and contains 19 pitchers and 20 position players for a total of 36 spots.

Eddie Rosario speaks to the press: I tested positive for painkillers

By know everyone knows that one of the top ten Minnesota Twins' prospects, Eddie Rosario, has tested positive for a banned substance.  The first report came from Hiram Torraca in Puerto Rico  Monday afternoon,  and Peter Gammons tweeted something cryptic yesterday, a day afterwards.

There was a lot of speculation for the substance that Rosario tested positive for.  He admitted that he took something for pain.  Today, in an interview with Fernando Ribas Reyes of El Nuevo Dia, Rosario reiterated that (translation from Spanish : )

"he decided to take some pills to treat pain in his right throwing arm. He added that the banned substance he tested positive for was present in these pills. He added that the drug had the same function as what he took in 2011 to treat the pain when was hit in the face with a pitch in Class A."

So it looks like what Rosario tested positive for was likely a prescription narcotic painkiller and he was suspended under the "street drugs" ban.  Not PEDs.  And based on his comments, the same painkiller prescribed to him to treat his broken jaw in 2011.

Reportedly, MLB needs to "resolve something" before a suspension is announced.  Could it be whether he had a prescription?

A couple more interesting details from the article:   Rosario regrets what he did, but he will appeal the suspension.   Also, he denied the rumors that the Twins have asked him to return to the outfield.  His manager in the Indians of the Puerto Rican Winter League is former second baseman Carlos Baegra who is helping him with his fielding.

More details for the suspension to follow as they come. 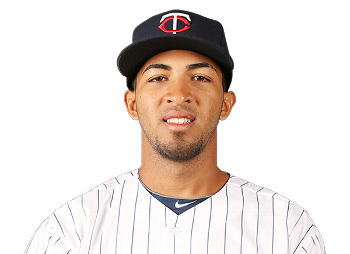 The Dominos are falling: The Twins acquire Kris Johnson from the Pirates

In the first trade of the 2013 off-season, the Minnesota Twins returned RHRP Duke Welker (whom they acquired in the Justin Morneau trade) to the Pittsburgh for LHSP Kris Johnson.

He throws a 91-94 mph fastball, a slow low 70s curve and a mid 80s change/cutter/slider type of pitch that is very effective against righties.  As is, he will be the most polished Twins' left hand starter (compared to Scott Diamond and Andrew Albers) and will likely fight for a spot in the Twins' rotation out of Spring Training.  He has relieved before, so the pen is also an option potentially.

All in all, the Twins turned a hard throwing but enigmatic (think Hoey) righty reliever to a polished lefty starter with true back of the rotation stuff who is at his prime.   I think all in all it is a good move for the Twins, since they lack depth in the minors esp. from the left side.  Johnson had a cup of coffee with the Pirates (10.3 IP) this August, which means that he has only 2 options left.

What does this mean for the Twins?  Johnson automatically goes on top of the LHP starting depth ahead of Diamond and Albers at this point, and if they do not sign someone like Scott Kazmir, he might wear a Twins' uniform next season.  Additionally, he will potentially challenge for a spot in the bullpen, especially if Thielbar regresses.  This trade gives the Twins more options than they had before (plently of hard-throwing relievers and Michael Tonkin made Duke Welker redundant in the system)

Monday Graphic in Technicolor: 135 MLB starting pitchers classified based on 2013 performance, including the MNTwins targets.

Not many words because this picture (which you might have to wait until it loads) is worth and has more than 1000.  Here are the names and 2013 numbers of all 135 MLB starting pitchers who pitched more than 100 innings.  I thought that it would be a good reference as transaction will be taking place this off-season.  The measurements included are: K/9, K/BB, K%, WHIP, BABIP, ERA, FIP, E-F (ERA-FIP),  xFIP,  tERA, SIERA, PE, xPE.   If you are not familiar with PE and xPE, more on those here.    The pitchers are color coded based on the PE/xPE standards listed here with the key being:

Where "REPL" is replacement level.   Interesting to see that there are only nice pitchers with Ace performance (PE) or potential (xPE) based on the 2013 numbers and only fifteen number 1/2 starters (including a couple of free agents) based on the same criteria.  From the 3 Twins' starters that pitched more than 110 innings, two were in the 4 to 5 starter range (Pelfrey, Correia) and one (Diamond) in the Replacement range.  The list is shorted by increasing FIP.