Last week there were some early rumors about the potential hiring of Ron Gardenhire by the Tigers at the end of their season to replace Brad Ausmus as their manager.  Over the weekend, the discussion has been picked up by the main Detroit press outlets.  As a matter of fact, Free Press, in this article has a poll about who the Detroiters want to manage their team in 2016, which has around 12000 votes now, so it is of a significant sample.

I am happy to report the following results: 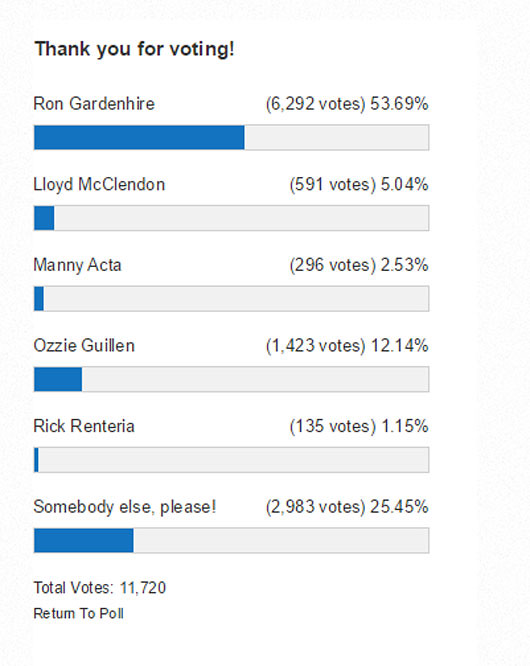