Summary of the Twins' transactions for the week

While the Twins blogosphere, fan sites, and sportswriters are being focusing on the fact that Joe Mauer, has been having issues with his vision, which is totally expected after a concussion and should not be news, there are 61 major league free agents who are unsigned.  This does not include the unsigned minor league free agents.


Here is a like of those sixty one free agents as of today, broken down alphabetically and loosely be position:


There are several issues remaining with the Twins, primarily regarding their bullpen and outfield.

The outfield is a catch-22 issue, with the primary issue being that there are not enough good hitting players who can play Centerfield with an average plus defense (Byron Buxton, Ryan Sweeney and Joe Benson have all potential hitting issues, which they need to overcome), while the corners are overflown with  out of options Oswaldo Arcia and recently converted Miguel Sano, who are not all stars with the glove, and Eddie Rosario, who can in a pitch play centerfield but is suited to a corner position better.   Add Danny Santana, the out of options almost ordained fourth outfielder and you have a problem, better solved by some subtraction and not only an addition.

Austin Jackson, a 29 year old first time free agent with a career 11.8 UZR, 556 out of zone plays made, and 49 defensive runs saved in 7115 innings at CF.   His .267/.311/.385  slash line between the Mariners and the Cubs in 2015 is not impressive by any means.   For his career he has been the epitome of an average hitter hitting .273/.333/.399 (101 OPS plus).  This is the exact player who could keep Centerfield warm for Byron Buxton for a season, and push Eddie Rosario to the corner where he belongs.   This would require a. the Twins dealing Santana or Arcia (and since lack of LH power has been a problem against RHPs, Arcia should be a lock, unless they find an alternative) and b. Jackson accepting a single year contract much below the $7.7 million he made in 2015, filled with incentives, to get himself back in the market for 2017.

Bullpen is probably the biggest eyesore out there, with Terry Ryan pretty much keeping the pen intact and hoping that: a. declining 33 year old closer Gren Perkins, will start pitching like it is 2012 again or like the beginning of the last 3 seasons, b. 31 year old Kevin Jepsen will sustain his outlier 2 months with the Twins instead of turning into an average reliever who was who he was before coming to the Twins and c. Casey Fien might get it together and prove reliable beyond the mop-up duties he is suited to.   Also, Trevor May, who might be the best pitcher mentioned, is a wild card along with several young promising pitchers invited to Spring Training as well as the potential rotation rejects.   So the 2016 Twins' bullpen is build on a prayer, hope and luck, so far and that is not how the bullpens of contenders should be build.   Fortunately there are a couple of player who can help the Twins' pen in 2016 and beyond:

Most of the free agent field, and especially at LHRP, which is a position that the Twins need the most help, is filled by players who have many things to prove in 2016 and for the most part is getting older or overcoming injuries.  I would love it if the Twins bring back Brian Duensing, at least to see whether he can beat two of Ryan O'Rourke, Taylor Rogers, Fernando Abad or Mason Melotakis for a spot on the pen this spring.   He has the skills, is a great member of the community and that decision will be a no-brainer to me.   If the Twins can sign Aaron Thompson who has half the talent, no ties to the organization and the community and was suspended for drug use, they can sign Brian Duensing.  Period.

Justin Masterson, a 30 year old former top prospect who had a few good years in the Indians rotation, is very intriguing.   Signing an one year $9.5M contract with the Red Sox in 2015, he fell flat.  He started 9 games with 44 innings pitched, 21 walks and 32 strikeouts for a 6.14 ERA and 1.682 WHIP, pushing himself to the bullpen.  His once 93 mph fastball, averaged 87.5 and his once 83 mph slider, averaged 82.3.   And he is the poster-boy of the two pitch starter who cannot stay a starter when those pitches decline, because hitters will avoid the slider and seat on the non-so fast fastball.  There is a gamble here but there are encouraging signs:  After the move to the bullpen, his fastball that bottomed out to a 87 mph average in June, reached a 90.7 mph average in September.  The slider that was at 78.6 in June, rebounded to 80.6 in September.  Still about 2 mph slower than his career peak when he was missing bats and inducing soft grounders, as a reliever in 15.3 innings in 2015 he walked 6 and struck out 17 (10 K/9 , 25.4 K%), with a 4.11 ERA (5.42 FIP, 4.22 xFIP) and 1.37 WHIP (.324 BABIP), inducing 1.5 GB/FB.   His FIP is inflated by a ridiculous 21.4% HR/FB.  Given that and the BABIP-driven WHIP, in contrast to his strikeouts and groundball, and with the increased speed it is a good bet that Masterson can be a reliable reliever in 2016; at least a lot more reliable that, let's say Casey Fien, and potentially Kevin Jepsen from the right side.   Masterson, like Jackson, would have all the incentives in the world to sign a make good one year contract with potential mutual options.

Which brings us to the last player, who will likely not help the Twins in 2016, but this should be a longer term singing, at the 3-year mark with lots of incentives and back loaded: Greg Holland.  The 30 year old Holland was the closer in the best bullpen in the majors in 2014 and until his injury in 2015; underwent UCL replacement (Tommy John) surgery on October 2, 2015.   There is a slight chance that he could pitch in September and October in 2016, helping a team in the postseason, but this signing is for 2017 and 2018.  Why sign now?  Because you have to take the risk and jump ahead in the line, which will be long once he recovers and starts pitching.  A 3 year contract loaded with incentives is a better deal that the one the Twins gave Nick Blackburn not to pitch.

So there are still opportunities out there to close some of the Twins' holes this season, and they better start getting advantage of them, since there are a couple of handful of dates before pitchers and catchers report. 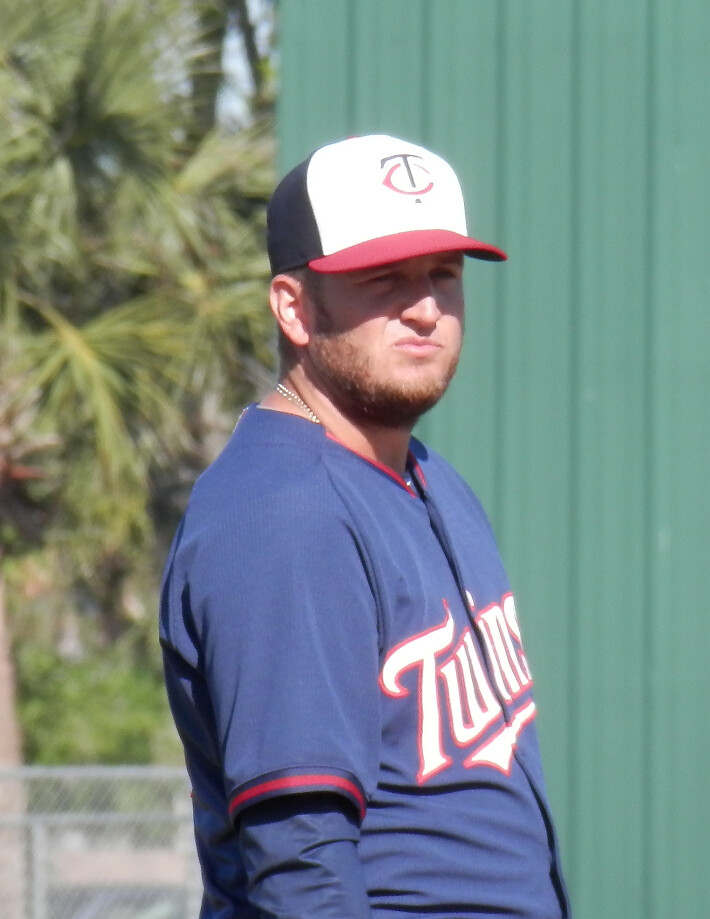