Is Twins' General Manager Terry Ryan preparing the ground for a second retirement and a successor after this season?

After a third 90-plus loss season, it seems that the Minnesota Twins will need to make some changes.  Terry Ryan, the current General Manager (who had the "interim" label removed in the beginning of the season) in plenty of occasions has been on the record defending the team's manager, Ron Gardenhire, placing the blame for the incompetence on the field on himself.

But is he ready to be accountable and step down?  Who might be the successor, if so?

There are signs that this might be the case and very recently an individual in the Twins' front office has been interacting with the press, giving daily updates in a pace that he has never done before.  More and more and more (and these are just three examples from the past couple of days,) Rob Anthony, assistant general manager, whose main job has been contract negotiations, is appearing front and center giving organizational updates suited to a GM position.

Will he assume the role of the Minnesota Twins General Manager this off-season?  Very difficult to tell, but the writing on the wall is starting to appear.  It will be an interesting situation for the Minnesota Twins' fans and the press to follow this late Summer into Fall... 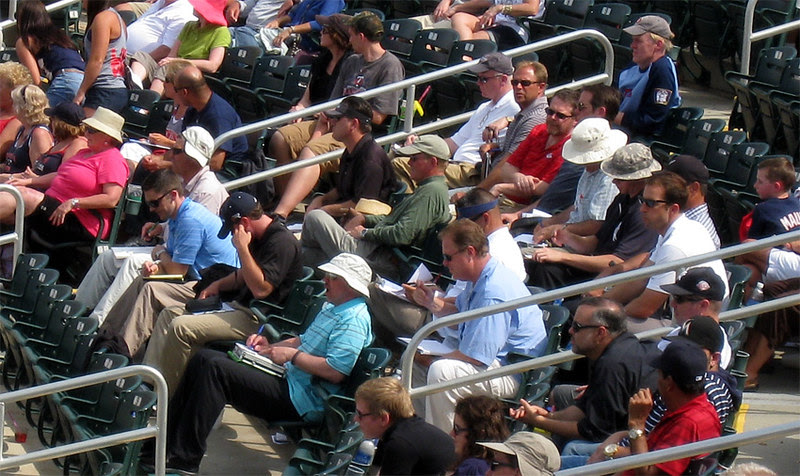 Just a couple, about 2:30 total from last season with the New Britain Rock Cats.  Not many Twins fans have seen him pitch, so here it is:


And a bonus oldie from his Kentucky days: