Why did the Twins claim Darin Mastroianni?

Today the Twins announced via their official twitter that the have claimed outfielder Darin Mastroianni off waivers from the Toronto Blue Jays. As a first reaction, this move might not make much sense: Three of the Twins' top 5 prospects, Arcia, Hicks and Benson, are outfielders, and there are seven outfielders counting Trevor Plouffe on the Twins' 40-man roster at the moment. Mastroianni has to be added to the 40-man roster, which is full, so expect a corresponding move (waiving Jeff Gray or Matt Maloney? a trade?) to happen soon. (Update: The Twins cut Esmerling Vasquez to open a spot on the 40-man roster) At first sight it does not make much sense, but lets examine what the Twins gain by this move:

An interesting factoid: Darin Mastroianni played a single game (started at CF and went hitless) for Toronto last season and the reason he was because the newly acquired by the Jays Kelly Johnson had forgotten his passport and had to return to Arizona to get it. Mastoianni is 26 this season and his minor league career compares well with that of Rajai Davis (other than having more walks and fewer strikeouts than Davis). I would probably say that this is Mastroianni's ceiling with higher OBP. Also of note is that Mastroianni led the Blue Jays system in hits, runs and stolen bases each of the past 2 seasons. 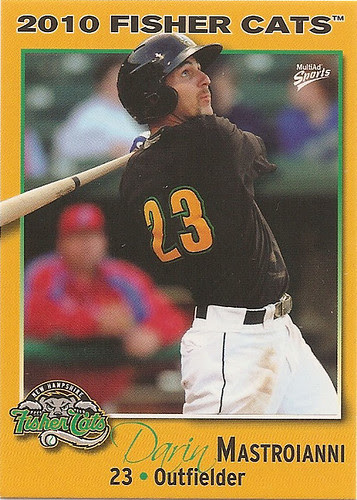 It has been a while since I last wrote about Roy Oswalt, mainly because there has not been much new information out there:

As of yesterday, we knew that:


That was yesterday. What do we know today? And is Oswalt planning to travel to Florida or Arizona this spring?

Here are a couple of interesting developments:

All signs indicate that the Oswalt camp is getting nervous as spring training nears, and that the offers he has been getting are not to his liking. I think that the first team that will come with an offer close to $8-9 million a year and maybe some incentives will be the team that would land Roy Oswalt. Which team would that be? I cannot guess, but there are a good possibilities that Roy Oswalt will be buying a ticket to Fort Myers soon, since two of the teams in the list train there in Spring.

As always, the complete coverage on Roy Oswalt including earlier developments is here, in reverse chronological order.
Posted by thrylos98 at 1:23 PM No comments:


The parting shot today is in honor of the Twins' manager Ron Gardenhire: if not anointing the opening day pitcher and the starting outfield for the season before a single Spring Training pitch has been thrown, Twins' manager Ron Garderhire revealed his opening day lineup yesterday at Mason City, IA. Here is additional coverage of Gardy's visit to Mason City, IA. Interestingly enough (maybe only to me,) Mason City, was the host of a Baseball team (the Bats) that played in the same league (Great Central League) with the latest incarnation of the Minneapolis Millers. That league lasted only one year, 1994. 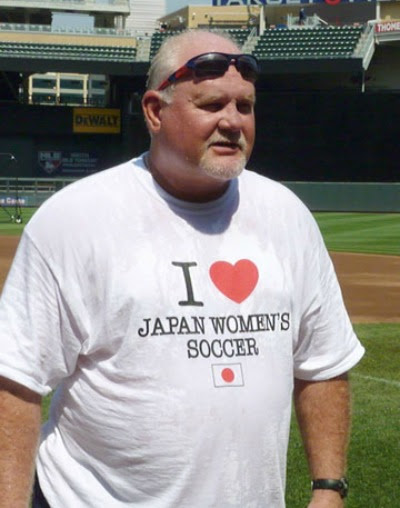