A note: Steve Tolleson, who was claimed by the Oakland Athletics after he was removed from the 40-man roster to make room for Jim Thome, was listed as number 22.
Posted by thrylos98 at 11:42 AM 1 comment:

I thought that I would start a a countdown of the Twins' 25 best pitching and position prospects, but time and business had other thoughts...

So I present you here my take of the top 25 Twins' pitching prospects. Position players will come soon:

The Twins have just signed Orlando Hudson to play second base for them and probably bat second in the lineup, between Span and Mauer. An unlikely MLB success, drafted in the 43th round on the 1997 draft, the switch hitting second baseman, made the majors in his age 24 season with the Toronto Bluejays, after posting a career .287/.354/.433 minor league line.

How probable is that Orlando Hudson, whose nickname is O-dog, to succeed with the Twins? One interesting fact is that (the now 32 year old) has a major league line of .282/.348/.431, which almost matches his minor league career line. Furthermore, he has been very consistent throughout his career.

One possible question is that this will be his age 32 season and that he might be on the declining side of his career. It looks like Orlando Hudson will replacing another Orlando (Cabrera) in the Twins' lineup, but Cabrera will be 35 years old in the next season.

Here is a table that shows various measurements in Hudson's MLB career:

It is clear that his OPS+ and OBP are steady the last few years, which is a decent indicator that he is still in his prime (and it is just an one year contract). There is a noticeable decrease in his defensive abilities, as shown by UZR/150 (despite the fact that he won the NL 2B gold glove in 2009) and he is swinging at more pitches outside the strike zone than he did earlier in his career. Despite these warning signs, he is a valuable pick up, who would most likely bat second in the lineup (getting some good pitches to hit in front of Mauer) and getting on base on a higher rate that the Twins' second basemen did last season (.302) and the second spot batters (.306).

Here is the list of Hudson's most similar batters by age (and their similarity scores) :

Interesting to see 2 previous Twins in the comparison, but I would take a Todd Walker in his prime and with a better glove that what the Twins had on second base, since the first year of Castillo. 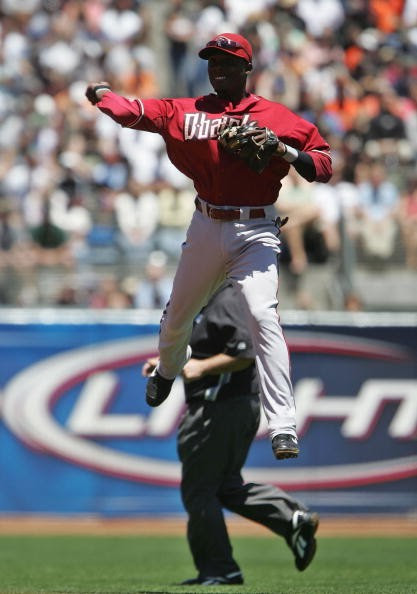