Torii Hunter being a prick

On paper the Minnesota Twins' reunion with 39 year old Torii Hunter last night, seems a bit puzzling.  Rational thinking and looking at records and results of games, would suggest that a team coming back from seasons of 99, 96, 96 and 92 losses and hurting primarily in pitching and defense, would need an aging 39 year old outfielder with diminishing defensive skills being the marquee transaction of the season, as much as a painful communicable disease.  Not to mention that the particular outfield added injury (signing with a team withing the Twins division) two seasons ago, to the 2007 insult of leaving the Twins as a free agent for more money elsewhere.  But that is rational thinking.

Any person who has followed the Twins should know that this is business as usual for Terry Ryan's front office.  There is no need to rationalize Hunter's signing.  It makes perfect sense, if you realize, that this is how Terry Ryan builds a team.  Here is the complete Terry Ryan transaction record from
the 1995-2006 seasons and 2012.  I posted that before the last two off-seasons.  The Torii Hunter signing fits Ryan's modus operenti like a glove:  Ryan re-signed a 41 year old Paul Molitor in 1998, reunited the Twins with a 35 year old Mike Trombley in 2002 and washed out Matt LeCroy (the player who chose over David Ortiz after 2002) in 2007, re-signed Capps in 2012 and Carl Willing in 2005 (to release them later,) in addition to the last year's washed out trio of Bartlett, Kubel and Guerrier.  This is the same General Manager who brought old and washed out Tony Batista, Tim Raines, Rueben Sierra, Bob Tewksbury, Otis Nixon, Mike Morgan, Michael Jackson and Sidney Ponson (among others) as "solutions".  Old and washed out is Terry Ryan's specialty.  Nothing new here, nothing to rationalized.  Business. As. Usual.

Back to non-rational thinking.  One of the biggest problems with the Twins the past 4 seasons (and beyond, as far as the post-season goes) is that they seemed to be ok with losing and they seemed not to give 100% all the time.  Last Spring Training, it became painfully obvious to me, and indicated that I just cannot see this team win, no matter what the improvements on paper (and there were a lot.)  Getting Gardenhire and most of his friends who, if not bred, they were at least ok with this attitude, is a step to the right direction, hoping that Molitor and his staff will install a winning attitude among the players.   Torii Hunter, punching short utility teammates while targeting rookie stars notwithstanding, has had the reputation of playing hard and giving it all.  And keep working.  And then work some more.  Hopefully, he will bring the right attitude to the team of so many young players with so much potential.  Hopefully he will be an example for hard work and never giving up.  And never stop working.  Not that I like that signing, rationally, but when it pours lemons...   On the other hand, Torii Hunter was a core member of the Gardenhire teams that went belly up in the post-season or when they were facing winning opponents.  I hope that 2015 is different. 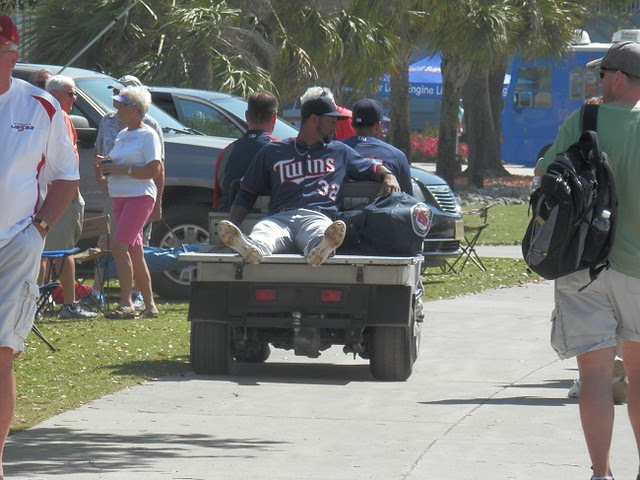