Again, you can find explanations of the measures and the colors of the dashboards to quantify Spring Training performance of the combatants in both the position player and pitching battles in these two links.

Here is the position player dashboard: 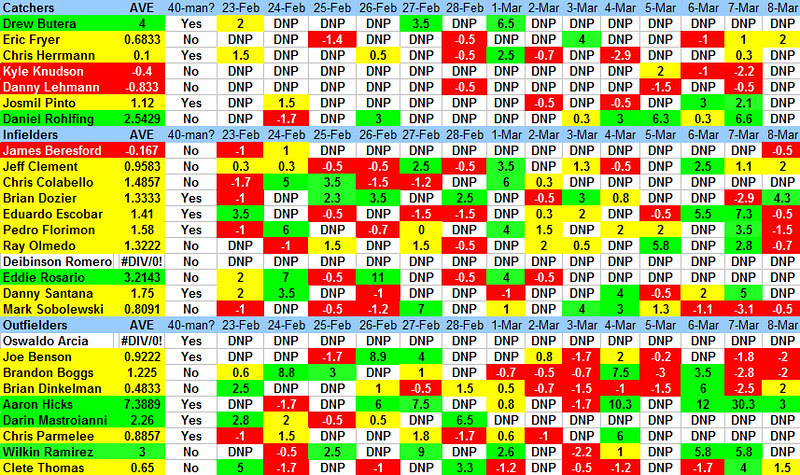 Here is the pitcher dashboard:


The next version will be after the cuts.  Speaking of the cuts, I think that:  Bryan Augenstein, BJ Hermsen, Trevor May and Alex Meyer from the pitchers and Kyle Knudson and maybe James Beresford might be it for position players.   The World Baseball Classic has decimated the numbers of the Twins position players available,make it hard to field 2 teams in split squad games, so I do not foresee many position player cuts before other Twins return from the WBC.

Because most Minnesota Twins' fans have not seen what these guys look like, let me know if you can tell them apart.

And here is the other: