The parting shot today is one that is worth more that 1000 words, but also needs some to describe it: Last few days of 2012 Spring Training. Fort Myers, Florida. A workout drill with AAA pitchers, and most of them were cut from the major league club a while before this was taken. There are 6 gentlemen pictured here. All but Brad Thompson (who never recovered from injuries and was released - he is second from the left in the background, right behind the guy who is pitching, btw) made the Twins this season and have contributed in varying degrees. Do you recognize them? And this is somewhat of a lesson that perseverence and not getting disappointed by short term perceived failures is a good thing. The tide can and will change... 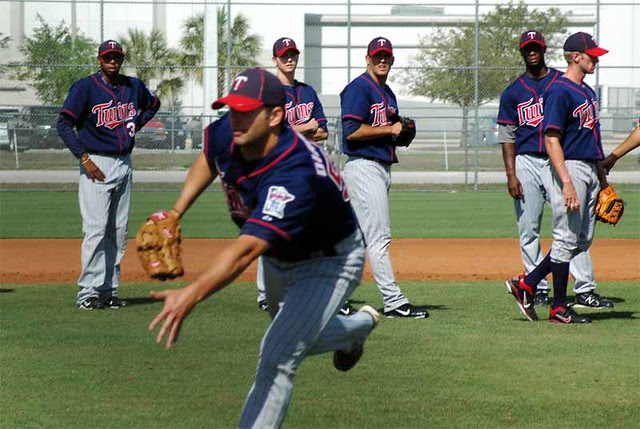