Jeremias Pineda who the Twins recieved from the Boston Red Sox, in exchange of Danny Valencia, is a 21 Dominican OF playing in the Gulf Coast League. Even though he seems old for a league dominated by newly drafted or newcomers to the US from foreign leagues who are 18 and 19 years old, this is just his second season of professional baseball. He signed with the Red Sox on March of 2011 and started last season the the Dominican Summer League before coming to the GCL mid last August.  His singing bonus was just $10,000.

He is listed generously at 5'11" and 175 lbs. Primarily a Center Fielder, has played at the corners occasionally. Speed, a strong arm and good defense are his main assets. He is an outfield built in the mold of Ben Revere and Darin Mastroianni. His development with the bat will determine his future, but so far so good in a league comprised by younger players. He will probably be assigned in the Twins single A level team next season. 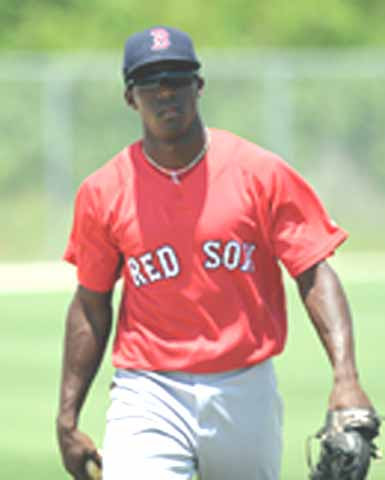