Unfortunately there is not a single place that lists all the transactions in a particular teams' organization in a timely format. Baseball America has a week or two delay in reporting those, so I felt like I should start one, since I am doing it in twitter anyways and on the Tuesday posts. I will be doing it on a weekly basis, Friday to Friday and post them on Saturdays. Promotions and demotions will be listed under the team where the player currently plays (this means promotions to the Minnesota Twins will not be listed here.)

This week featured 4 new members of the Twins' organization making their debuts:  Pedro Hernandez and Eduardo Escobar with Rochester, Luke Bard with Elizabethton and Randol Rogers in the DSL.  Also, Garrett Jewell was released from the organization.

Here are the transactions in all levels in the Twins organization from July 27 until yesterday August 3:

Listening to Bert Blyleven trying to pronounce Samuel Deduno's last name reminds me of this:

This continues the dialy trade talk updates for the Twins and of action around the league that influences the Twins trade moves, up until the deadline. You can find all the older updates here, in reverse chronological order. This is the last of the talk. Potential trade action will happen up till 3:00 PM today. I will post a Twins Trade Deadline Retrospect after the dust settles tonight or tomorrow (probably tomorrow because I want to look at potential reactions) and will pubish August waiver trade talk as it comes. Here is the Twins Trade Talk the past 24 hours or so: 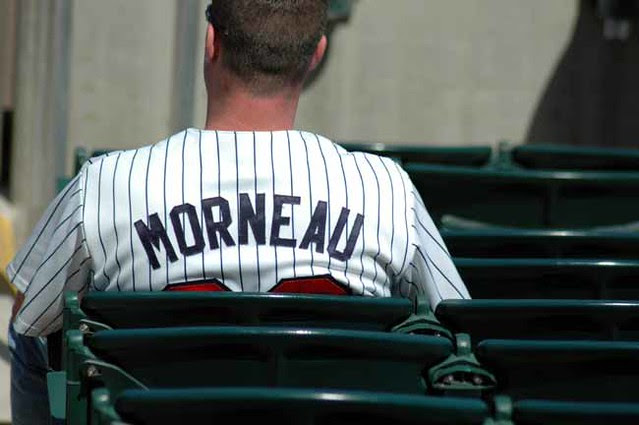 Here is this week's installment, heavily influenced by today's trade deadline:
The parting shot today is of the newest member of the Minnesota Twins Luis Perdomo who made his MLB Twins' debut last Saturday. 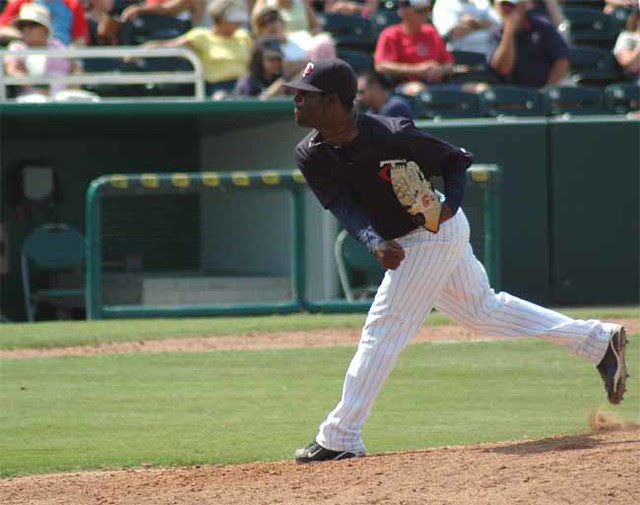 This continues the dialy trade talk updates for the Twins and of action around the league that influences the Twins trade moves, up until the deadline. You can find all the older updates here, in reverse chronological order. Here is the Twins Trade Talk the past 24 hours or so:

Twins Trade Talk 2012: July 29: What did the Twins Receive in The Frankie Trade

This continues the dialy trade talk updates for the Twins and of action around the league that influences the Twins trade moves, up until the deadline. You can find all the older updates here, in reverse chronological order.

Yesterday there was more action that talk, because the Twins have traded their ace Fransisco Liriano to the hated Chicago White Sox for SS Eduardo Escobar and LHP Pedro Hernandez. At first thought, The Frankie Trade has the potential to be seen as bad as The Garza Trade by Twins' fans everywhere. Furthermore trading him to the most hated by the Twins' fans team within the division means that somebody or something possessed Terry Ryan, a feeling that is accentuated by a look at Eduardo Escobar's career minor league OPS: .666.   Both players are on the 40-man roster.  The Twins would need to make a related move to open one more spot. (EDIT: PJ Walters was moved to the 60-day DL to make room) Both players are heading to Rochester and are assigned to the Red Wings. This definitely has to be the work of the devil or something.  On the other hand, let's see who the Twins received in this trade and see whether there is a silver lining:

He has four pitches: Fastball, Cutter, Curve and Change.  Good command of all 4 of his pitches His best pitch is his change up and it is a plus pitch and definitely an out pitch.  His fastball has above average movement and the velocity is at low 90s with occasional mid-90s spurs.  He has developed a cutter recently, which projects as a plus pitch once he gets a better feel for it.  It sits in the mid-high 80s.  His curveball is an average pitch, its a slow curve in the 70s and he is using it as a change of pace type of pitch.  He has been projected as a back of the rotation starter or a bullpen piece, but does have potential.  A lot of it depends on the development of his cutter and fastball.  He will probably spend a while in Rochester, might get up to the majors in September and fight for a rotation spot for 2013.  He is what the Twins were looking for: an MLB-ready young pitcher who can help the 2013 rotation.  And he is a Lefty.

Eduardo Escobar is also a 23 year old Venezuelan, born on January 5, 1989 in Villa de Cura, and also is 5"10", but that is where the similarities with Hernandez end.  He is generous listed at 165 lbs, is a Switch Hitting ShortStop and has incredible skills with the glove.  Baseball America has listed him as the best fielding infield prospect with the White Sox the last 4 seasons.  And defense and speed are his main weapons.  Another player rushed through the system (in AAA last season and all season in the majors this season), his bat has not matured as fast as his glove.

His career minor league line is .270/.315/.351, which is discouraging.  He spent this season with the big club and he hit .207/.281/.276 in 98 plate appearances, which is Drew Butera-like at first sight.  On the other hand, hitting as a RHB against LHP, he career MLB line is .333/.357/.481, which is very encouraging (but this is just 28 plate appearances). Also his MiLB career splits indicated that he is at least an average hitter as a RHB against LHPs. Maybe if he abandons switch hitting he might improve with most consistent repetitions.  He is headed to Rochester to work with Tom Brunansky.  All in all, he projects as a defensive replacement, utility hitter, unless he can turn the corner with the bat.  He might return to the majors in September but expect him to be in a fight for a 25-man roster position in 2013 if one or both of Alexi Casilla and Jamey Carroll are not with the team.

All in all, it is hard to know how the Twins did in this trade.  They received two 23 year olds for Liriano, including a MLB-ready pitcher (who could be a mid of the rotation pitcher or could be like PJ Walters) and a sleek fielding SS.  Both have the potential, whether they realize it, it is to be seen.
Posted by thrylos98 at 9:56 AM No comments: