666 The number of the beast, and higher than the OPS of about half of the Twins' hitters

In addition to the Iron Maiden song, .666 is the lifetime OPS of Hall of Famer Ozzie Smith.  Rumors that he sold his soul to someone to get to the Hall of Fame have not been substantiated.  Interestingly enough, in his case that .666 OPS translated to an 87 OPS+.  Right now for the Twins, Jordan Schafer is just missing the list with a .668 OPS and he has an 88 OPS+.  The more things change...

Here are the (non-pitcher) Twins' hitters whose bats are not quite as hot as Hell (I guess that might be a good assumption) :

It is worth mentioning that only two of these guys are with the club right now (Nunez & Fryer) and a few more (Colabello, Hicks, Hermann, Florimon) are still with the organization.  If I were to pick, I'd think that only the 2 previously high ranked prospects with a history of success (Hicks & Herrmann) will see some playing time in the majors next season.

The Twins Trade Kevin Correia to the Dodgers and get...

...exactly the same when they traded Jim Thome (who was traded the next season for not one but 2 minor leaguers, one of whom looks like a decent reliever) within the division to the Cleveland Indians:

...exactly the same when traded Jamey Carroll within the division to the Kansas City Royals last season:

At least he is not taking a spot on the rotation blocking younger pitchers any longer, he was not trading within the division (even though on Correia's case that might had been a good thing) and this move has suggested that Rob Antony does not always say the truth.  (Hopefully Willinghman is next.)

The Twins (who are on pace for about 90 losses in 2014) will recall LHP Tommy Milone (of Sam Fuld trade fame) to take Correia's spot on the 25-man roster and the rotation. 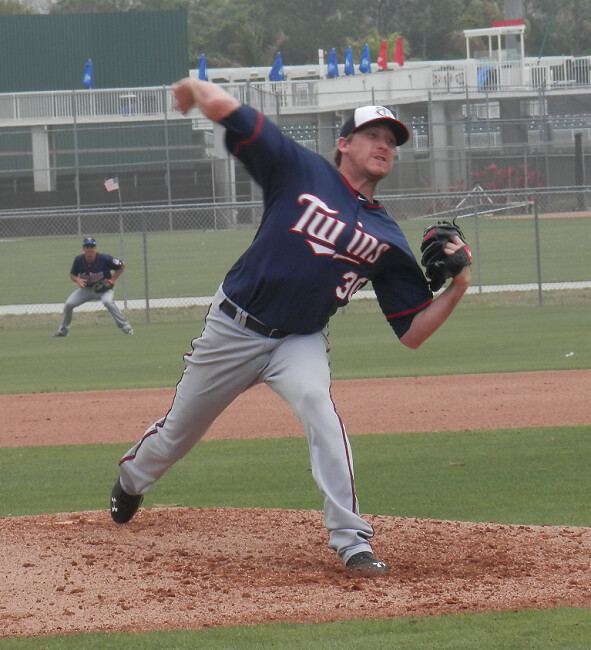