Will they redraft LJ Mazzilli who decided to not sign and return to University of Connecticut for his Senior year?   Maybe, but not as high as they did last season, because with a below par performance, his stock really fell recently.  The Twins do like players with "bloodlines" and in addition to Mazzilli, thee are a few players whose last names are pretty famous.   (Craig Biggio's son, is a High School Senior, also eligible for this draft, but it is a different story.)

You can find all the 2013 MLB Draft content in this site here. 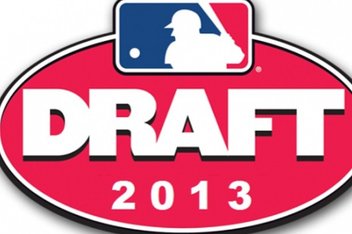 Every year about this time, I present profiles of College and High School players that the Minnesota Twins might draft.   Last year, I identified pitching as a high need, so I presented the profiles of 23 pitchers, all potential Twins' draft picks.  The Twins, properly, went ahead and picked a High School outfielder instead.   I will be doing something different this year.  Like past years, I will continue to present mini-profiles of every single Twins' draftee (you can find the 2012 profiles here) but instead of profiling 20some players that the Twins might pick, I will name several players (in the hundreds) that will be drafted.

The thought behind this is that everyone knows the 4-5 players who make up the pool of talent that the Minnesota Twins will select with the 4th overall picks (for a refresher, look at the aggregate mock draft picks); however, there is little information about players in later rounds.  I hope that this fills that gap somewhat.   I am dividing it into 4 parts: College Pitchers, College Position Players, High School Pitchers and High School Position Players.   This is the first part and includes College Pitchers.  One thing that we learned from the 2012 draft, the first one under the new CBA, is that the new rules favor selecting College picks.  Thus, I am certain that the 129 names I am presenting here will all get selected sometime in this draft and that the Twins will select 4-5 of them.

This is just an naming names list; in the near future, additional one liners of information (micro scouting reports) will be added about each player, after I complete all four installments.   I know it is somewhat of a huge undertaking, but it is fun.

Here are 129 College pitcher names everyone should know before the 2013 MLB Draft, alphabetically:

The 2013 MLB Draft is less than a month away (it takes place from June 6th until June 8th.)  The Minnesota Twins have the 4th pick this season, and there is a lot of disagreement (as is with every draft in every season in every sport) about who is the best pick for them and who they will select.  And 'tis the season for mock drafts, so I am presenting the picks experts (and non-experts) think the Twins will make, and see whether there is a consensus. I am listing all of the mock drafts to date since late March.  If a particular writer made multiple mock drafts, only the latest version is shown.   If you know of any additional mock drafts, please let me know.

The picks are presented by mock draft date, mock draft place & name of the writer (with links to their web pages) and the name, school and position of the Twins' likely draftee.  Regardless whether the Twins will pick any of these players, all these players are "names to know" for the 2013 draft:


Based on this there are 5 names (alphabetically: Bryant, Frazier, Manaea, Meadows, Stanek) that rotate in most of the mock drafts as the Twins' pick.  John Sickels and Jim Callis made different picks (HS C Denney and HS P Steward, respectively.)  I do like Sickels' pick because Catcher is a position of need in the Twnis' organization at this point.   Also, the conventional consensus wisdom is that RHPs Mark Appel (Stanford) and Jonathan Gray (Oklahoma) will be taken with the first 2 picks and will not be available for the Twins.

I will probably update this at the end of the month as the draft nears.