I started the Twins mock 2013 draft a week ago, suggesting that they should select Sean Manaea with their first round and fourth overall pick.  A couple days ago I presented the second to fifth round picks for the Twins in this mock draft, and now I am concluding with picks from the 6th to the 12 round.

As I indicated in the first pick presentation, like every single other mock drafts out there, unless someone can see all the draft boards from all teams, this is a purely recreational endeavor.

A reminder of the picks so far:


And the new picks:

Starter turned closer turned starter again.  Plus plus fastball (peaking at high 90s) and average slider; could be a starter if he develops a third offering and improves his slider, otherwise a solid back of the pen guy.

Here is a 10 minute scouting video:

Strong righty out of Puerto Rico.  6' 210 lbs and growing.  Good hand eye coordination, projected to hit with power.  Natural in the Catcher position, but still pretty raw.  Not on many radars, but well worth the pick for an organization starved for catchers.

Round 8 (230 overall) Mike Yastrzemski, OF Vanderbilt

The Twins' love bloodlines, and nothing like that of a Hall of Famer.  Carl's grandson was drafted by the Red Sox in 2009 in the 30th round and by the Mariners last season in the same round but did not sign.  This season he will be drafted higher, because his plate discipline, fielding and contact has improved. Might be a reach in the 8th round, but he is Yaz's grandson, which beats being Liddle's nephew who was picked in the 15th round (also from Vanderbilt) by the Twins in 2009. He was raised by his grandfather, after his father died from a heart attack in 2004 (not a pretty story - )  He is a senior and will get drafted. His grandfather's size (5'10", 185) and a lefty hitter and thrower. 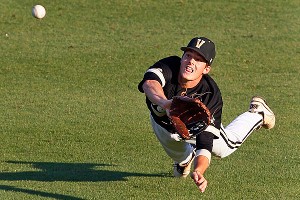 This is the third Puerto Rican High School kid I project the Twins to select and for a good reason:  If Dave Ortiz is Big Papi and Kennys Vargas Little Papi, Marcos Ventura is Baby Papi.  Tremendous physique for a growing17 year old (6'3" 220) with a lot of power and potential for more.  Fielding is a work in process, like the aforementioned two, but the lefty will have a job with his bat.

6'3" 190 lbs right, committed to Clemson so he will probably have to be over slot to sign.  Good hands and good range and natural on the field, but some feel that he is already too big for a shortstop.  Pretty good with the bat utilizing all fields, but his bat needs to mature. 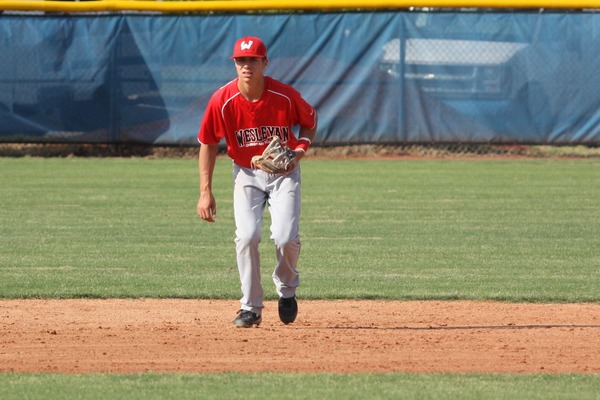 Strong Canadian righty who started as a SS and ended up behind the plate.  Not an unusual combination, a lot like former Minnesota Twins' C Jose Morales.  Here is a story on him from last season.  Committed to Oregon State, so a team will probably have to go over slot that late in the draft.  Needs to mature with the bat a bit

Here is a short video:

Closest comparables: Scott Diamond and Pedro Hernandez.  6'2", 215 Lefty with a 87-89 mph FB with good command, above average curve and work in progress change up.   Drafted by the Orioles in the 12 round last season but did not sign.  He will this season.  Unlike 2012 he lost his starting job due to some loss of command and has been pitching out of the Sooner's pen.  Just a Twins' kind of guy that it will be hard for them to pass at this spot.   His 2013 stats are here.

Here is a 3.5 minute video of Waltrip pitching in a game:

As a reminder, you can find all 2013 MLB draft related posts here.