Spring Training Redux: How will the Twins do in 2015? Here is my prediction.

After my visit to Fort Myers was said and done about a year ago, I gave my prediction about how the Twins will do in 2014 and the main reasoning behind it.  You can find that here (and, yes, I did predict that they will finish 70-92, but that's not something to be happy about.)   During this Spring Training, I took a risk: I suggested that the Twins can actually compete, if they do three things: Fix their bullpen, fix their outfield, and fix their attitude.   Here is reiterrating that reasoning from the first part of that series of posts:

First: In order to make significant, measurable and effective change, you cannot focus on changing 20 things.  Too many balls in the air, some will drop.  Focusing of few things that you can change and make an effort to do so, is much more effective.  Second: I do believe that with the changes this off-season, the Twins removed a huge barrier to their success: Breaking ties with Gardernhire, Anderson, Ulger and Steinbach (even though they did not go far enough in my opinion, but this is all another matter,) is the equivalent of starting the seasons with (at least) plus five wins.
So that next number in that loss progression looks more between 83 and 87.   So those three things that need to be done, if done correctly and effectively, will be enough to give the Twins an extra 5-7 wins, putting that total loss range to 76-82 and that is not a losing record.  The top number of that range (86-76) is close to a wild-card number and likely, if the Twins get there, they will compete for the title in a weakened and more balanced Division.


So there are the parameters.  And in each of the above linked posts, I explained in detail what I was looking to see when I was down there at Fort Myers, and, here is what I saw, and will try to put into win-loss numbers:

First of all, I am standing by that underlined statement up there.   So, if all things are the same, the baseline record of the 2015 Twins is 77-85.  Take it to Vegas.   Of course that is pending major injuries to 3/5ths of the rotation and 3/9ths of the position players (but that is, yet, another story.)

How much higher than that can get?  Let's take those three things one at a time and see:

The bullpen:  Here are my thoughts before my trip to Fort Myers, and here is what I think now:  It still is incomplete.  Happy to see that Blaine Boyer and JR Graham will likely make the team.  They will be an improvement.   It looks like Mike Pelfrey will make the pen, but not sure in what kind of role.  Caleb Thielbar might be optioned.  That's on the positive side.  On the negative side Tim Stauffer might be a disappointment, or at least a mop-up vs. a set-up reliever I thought that he would be.  Also, Casey Fien looks like a lock again, based on small sample size.  Glen Perkins' velocity topped at 93 mph, which is a concern, even though command and control was there.  One wonders whether he will be ready to be a lights out closer in the beginning of the Twins' season at Detroit...   Tough to quantify, but I would say, taking Perkins' health risk into account, plus 1 might be right here.  So the new baseline is 78-84.  Next:

The Outfield Defense: Here are my before thoughts, and this is what I saw: Nah. Not yet.  Let me start with a (bonus) prediction:  The Twins will have the following 4 outfielders in their roster (L/R) : Oswaldo Arcia, Jordan Schafer, Torii Hunter.  Shane Robinson will be the fourth outfielder, platooning with Schafer at CF against LHP and Eduardo Nunez will play LF as well.  So 4.5 outfielders with Aaron Hicks and Eddie Rosario optioned to AAA.  What I saw at Fort Myers was somewhat disturbing:  a. the positioning of the outfield was way too shallow (not sure who is the Twins' OF coach these days or who is responsible for that), b. Hunter is a teenager at heart but not in body, which means he wants to do above and beyond, but he comes short in a bad way, over-running balls and over-throwing cut-off men. c. Hicks will not make the team and he is a better defender than Schafer.  Have to give this a zero right now.  Baseline still 78-84.  Next.

The Attitude: Here is what I said about that.  And I will be brief.  Is this a team for which I got a gut feeling that it expects to win each game?  No. But, is this a team that is paying more attention to detail, seems happier as a bunch, and actually talks to each other on the field about what they should do more than last season?  Heck, yeah.  Hard to quantify, but I think plus 2.  So the new baseline is 80-82.

Conclusion: This will not be another 90 loss team, unless something weird happens.  80-82 is the baseline.  Another factor:  I did get some 1987-like excitement there, like this might be a magic year (like that one.)  But I think that they are one year away.  So my prediction for 2015 is that the Twins will have the same record as their Pythagorean in 1987: 79-83.  But, yes, this year feels a lot like 1987, and you never know what is going to happen... 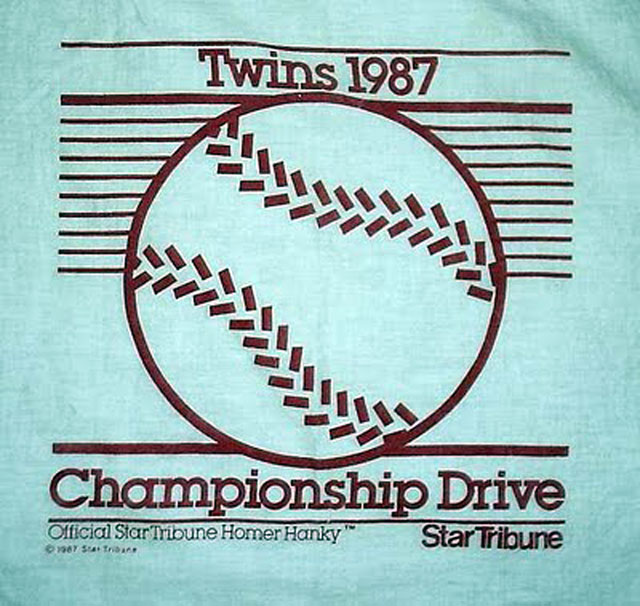